March 2022
Stowe Valley MAT raised over £6350 in aid of the humanitarian crises in Ukraine and Afghanistan. All proceeds will go to the Disasters Emergency Committee (DEC) and be matched by the government so we have actually raised twice as much. 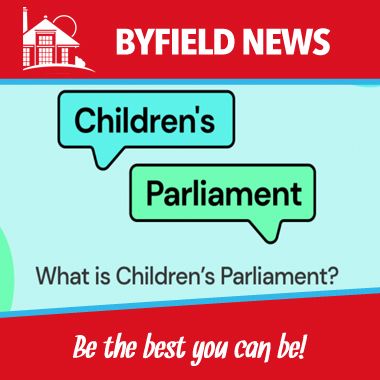 Byfield School to take part in the World's First Virtual Children's Parliament For COP26 Backed by Wakelet, Microsoft 365 and The Express

Three days before the start of the COP26 United Nations Climate Change conference in Glasgow, up to 650 British children, matched to Adult MPs in the British Parliament, will be part of the world's first virtual children's parliament for 7 - 11 year olds. Byfield School has been selected as one of the schools to be involved in the live event.

The late Sir David Amess, who was so tragically killed last week, was due to be MP Champion for the event. The Children's Parliament mirrors closely Sir David's enthusiasm for both children and parliamentary process and will continue as a tribute to him. Sir David Amess said "I started out in politics at school at the age of 11 in Mock elections at St. Bonaventure's in Forest Gate, which took place in 1964 and 1966. In my opinion, the earlier young people get involved in politics the better."

David Davis MP (former shadow Home Secretary and Secretary of State for Exiting the European Union) will be answering questions live on the debate and Prime Minister Boris Johnson will give an introduction.

The 90-minute Microsoft Teams virtual 'parliamentary' session will be held at 5pm on Friday 29th October 2021 in a British House of Commons-style virtual 'chamber', with half of the children aged from 7 to 11 years of age representing Her Majesty's Opposition and half Her Majesty's Government.

The key topics of debate will be Climate Change, but also touch on other issues such as our Covid-19 response. Pivotal questions pertaining to the COP26 United Nations Climate Change Conference being put to a vote.

Headteacher Champion is Peter Spencer-Lane M.Ed. BSc. C.Ed, Headmaster of Saint Pierre School in Leigh-on-Sea, Essex. Mr Spencer-Lane says: "The Children's Parliament will give children across the country a voice in a magnificent virtual arena which is an opportunity not just for them to speak, but more for us to listen".

Speaking about the virtual children's parliament event, Steven Abrahams, Head of Partnerships, Microsoft Teams at Microsoft Corp. said: "Microsoft is pleased to be providing the platform to make this bold initiative a reality through Teams. It is so important to give children a voice when it comes to their future, and we're looking forward to hearing all of the things they have to say about these critical topics."

According to Founder and CEO of Wakelet, Jamil Khalil: "Wakelet is proud to support such an incredible initiative to curate the views of young people nationwide. Technology played a big part in remote education over the last year, and it continues to enable the nation's young people to share and collaborate on their ideas. We're delighted to continue to help bring their ideas and thoughts to life on Wakelet around this incredibly important topic."

The transcripts and conclusions from the debate with the children will be available to all MPs after the session, including but not exclusively to the individuals behind the Future Generations Bill. 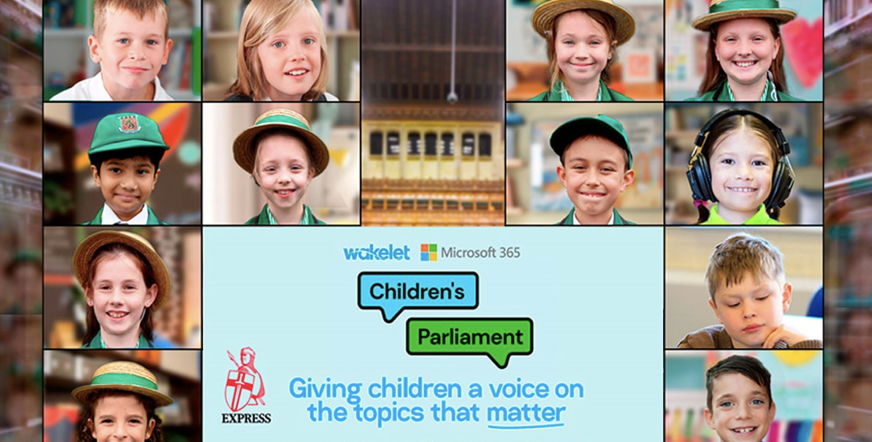